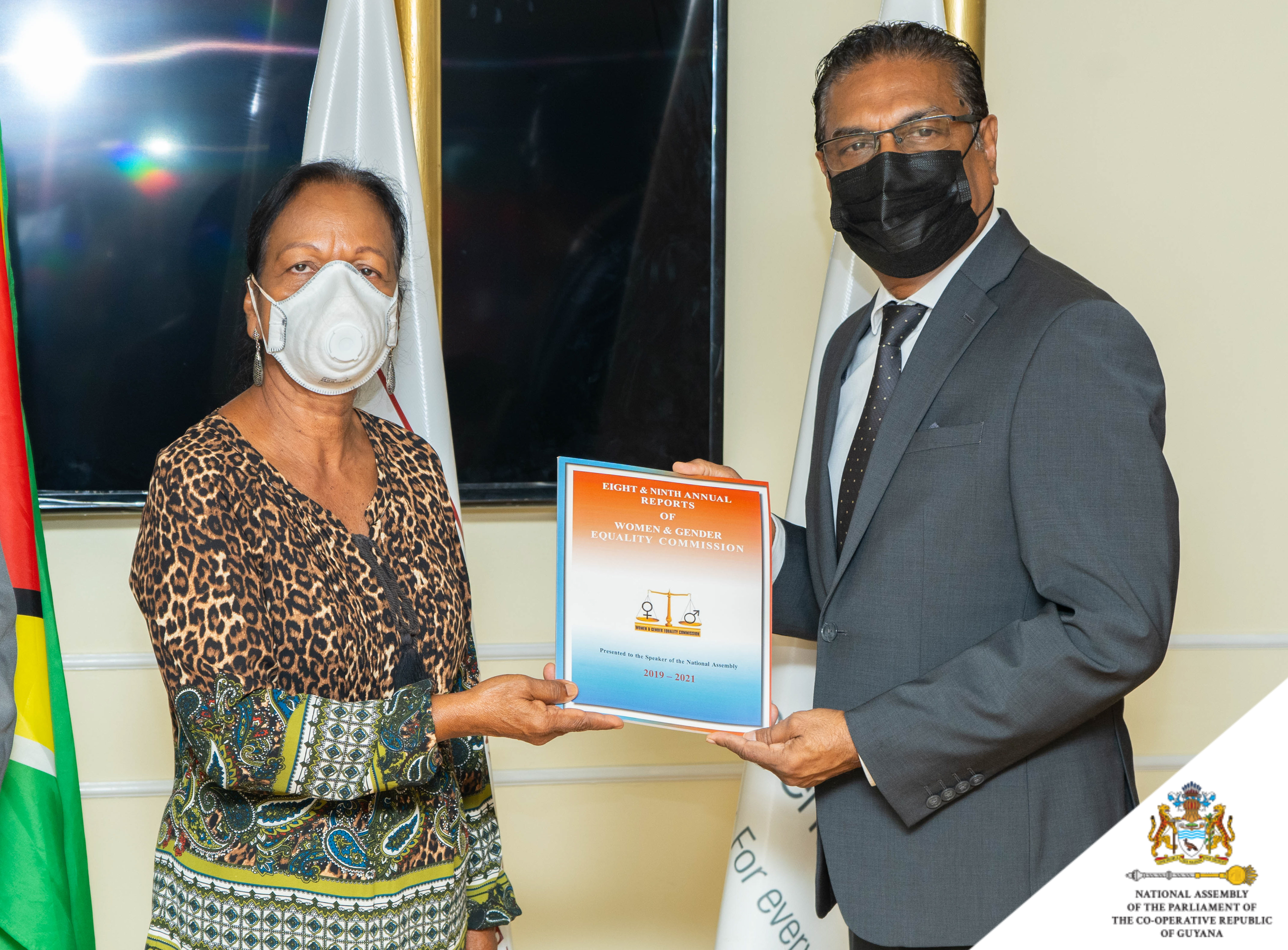 The Women & Gender Equality Commission (WGEC), today, handed over their Eighth and Ninth Annual Reports for the fiscal years 2019 – 2021 to the Hon. Manzoor Nadir, M.P., Speaker of the National Assembly.

During her remarks at the handing over ceremony, Ms. Indarine Chandarpal, Chairperson of the Women & Gender Equality Commission, said that the Commission did its best to educate the population about the issues affecting women (men included) by reaching out to various communities.

This is one of the fourteen mandates of the commission as stated in Article 212R (2) of the Constitution of the Co-operative Republic of Guyana.

In his brief remarks at the ceremony, Hon. Manzoor Nadir, M.P., Speaker of the National Assembly, congratulated the Commission on their hard work and encouraged them to continue laying the foundation to ensure cohesion within a diverse society.

This is in accordance with Article 212M (3) of the Constitution of the Co-operative Republic of Guyana, which states that ‘As soon as practicable after the end of each year of its operation, a Commission shall submit a special report of the activities of the Commission during the proceeding year and the report shall be tabled in the National Assembly within thirty days of its submission if the National Assembly is sitting, if not, at the first meeting of the Assembly thereafter.’