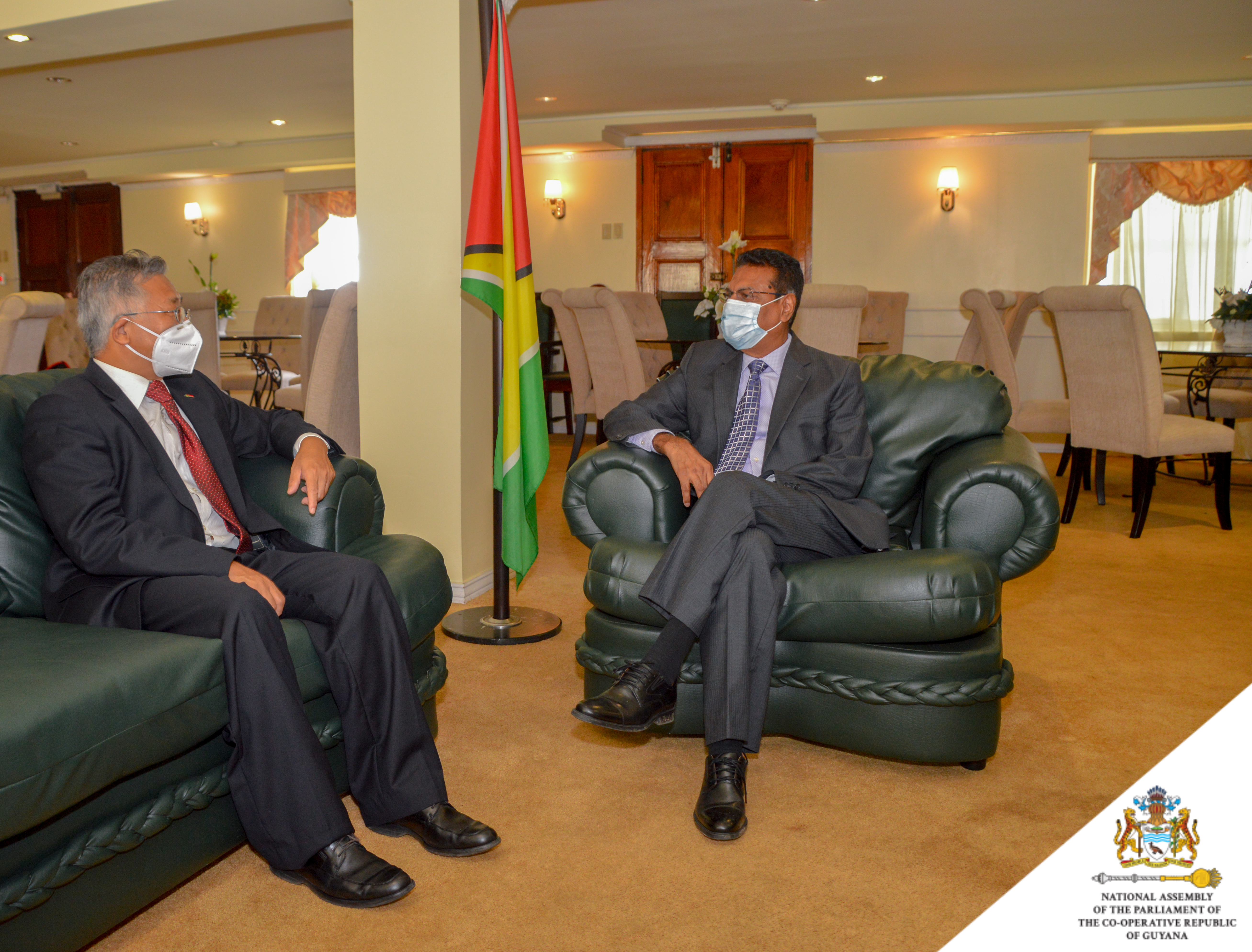 Outgoing Chinese Ambassador of The People’s Republic of China to Guyana, H.E. Cui Jianchun, today, paid a courtesy call on the Hon. Manzoor Nadir, M.P., Speaker of the National Assembly.

They met in the M.P.s' Lounge at the Public Buildings, Brickdam, Georgetown.

During the visit, their discussion focused on various issues of mutual interest aimed at continuing the strong relations between the two countries. Moreover, H.E. Cui reminisced on his tenure in Guyana and expressed continued support to the Parliament of Guyana.

Speaker Nadir also highlighted the positives of such relations between China and the Parliament of Guyana and wished the Ambassador, the best in his future endeavours. 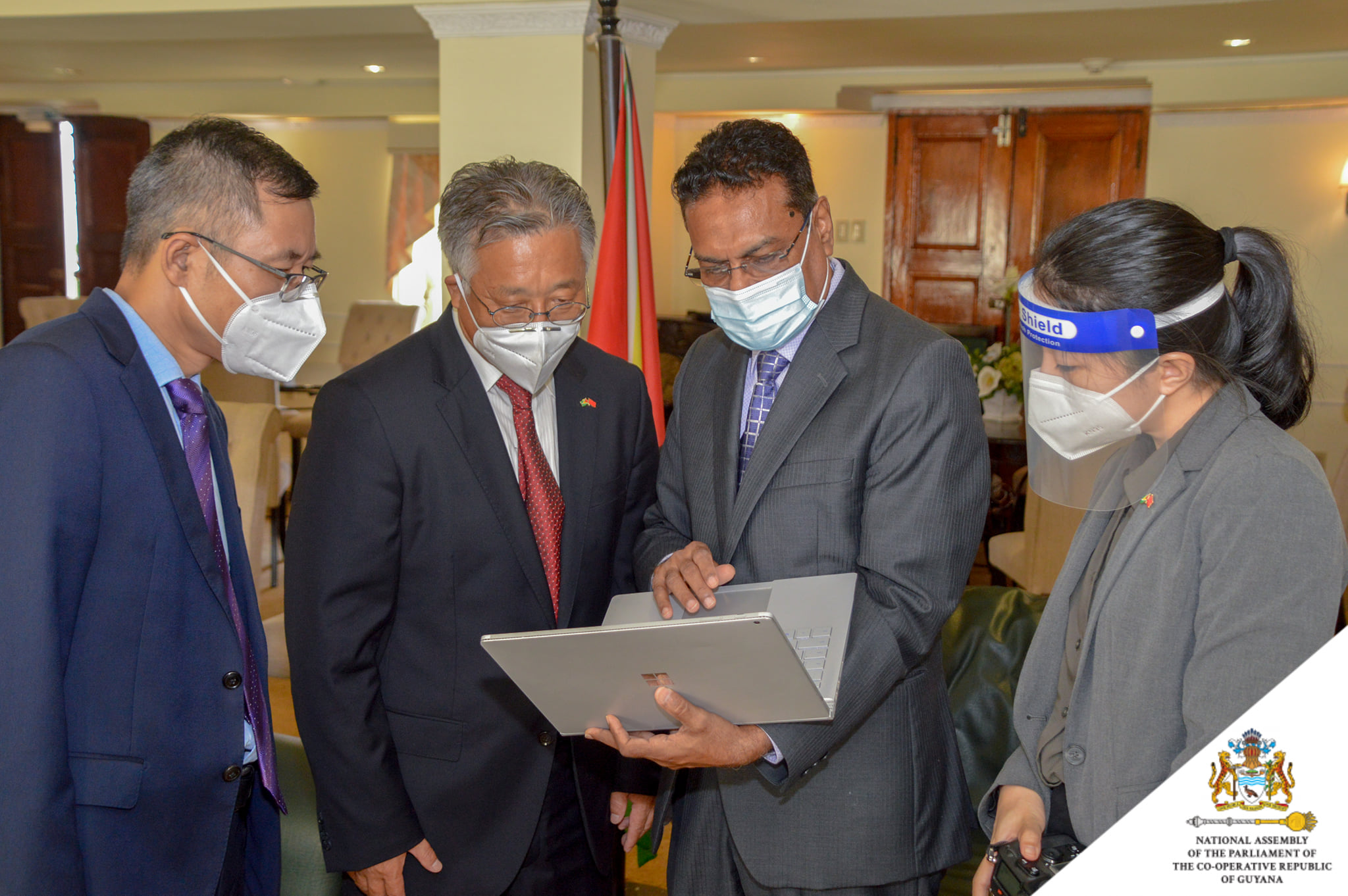 Mr. Chen Xilai, Counselor and Deputy Chief of Mission, and Ms. Wang Qiuyi, Attaché, Secretary to the Ambassador, Political & Protocol Affairs, attached to the Chinese Embassy in Guyana, accompanied the Chinese Ambassador during his visit. 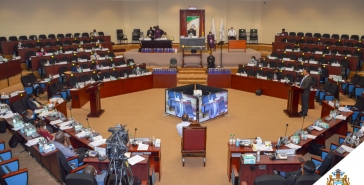 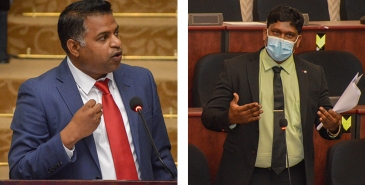 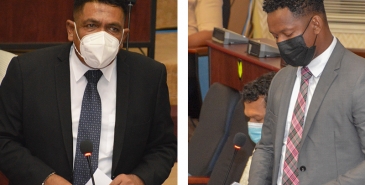