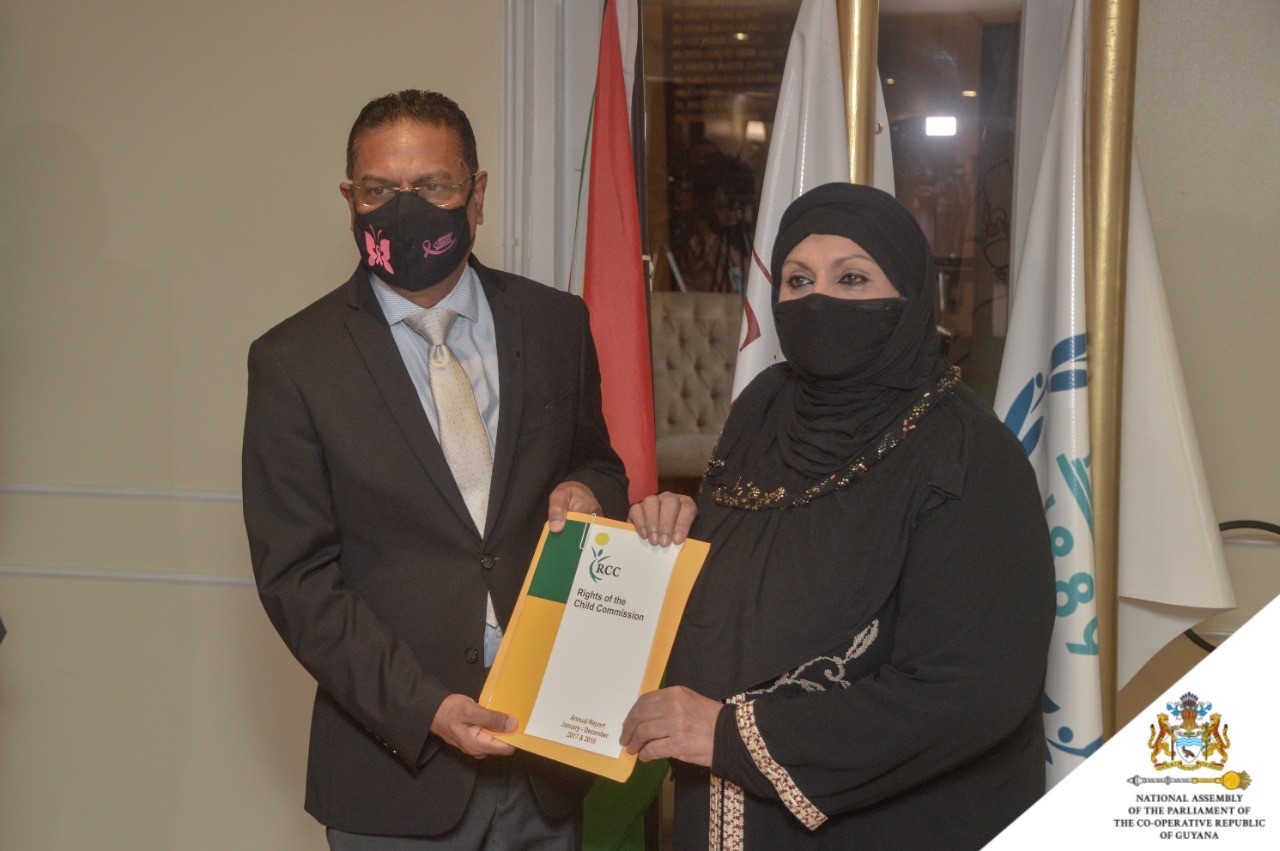 The Rights of the Child Commission (RCC), today, handed over their Annual Reports for the fiscal years 2017 & 2018 to the Hon. Manzoor Nadir, M.P., Speaker of the National Assembly.

This is in accordance with Article 212M (1) of the Constitution of the Co-operative Republic of Guyana, which states that ‘As soon as practicable after the end of each year of its operation, a Commission shall submit a special report of the activities of the Commission during the proceeding year and the report shall be tabled in the National Assembly within thirty days of its submission if the National Assembly is sitting, if not, at the first meeting of the Assembly thereafter.’ 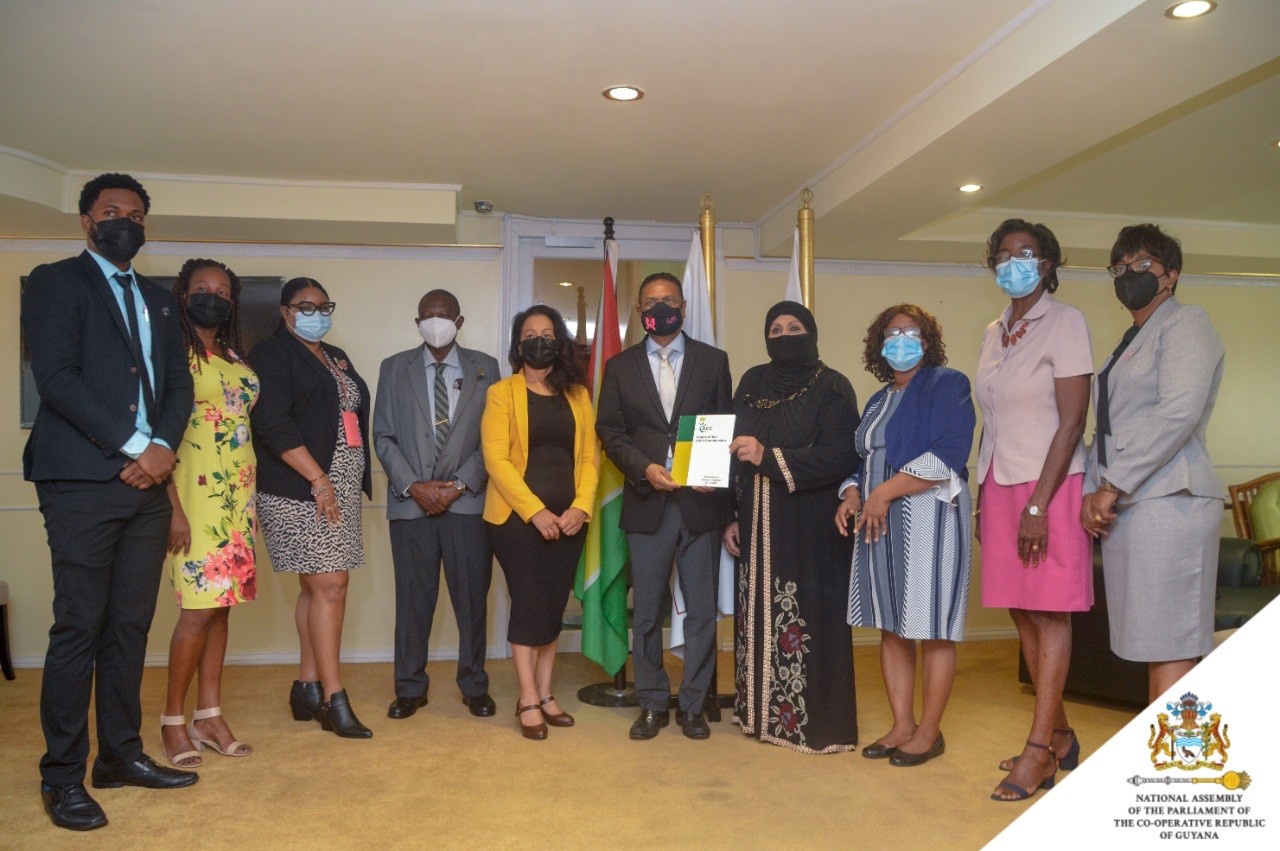