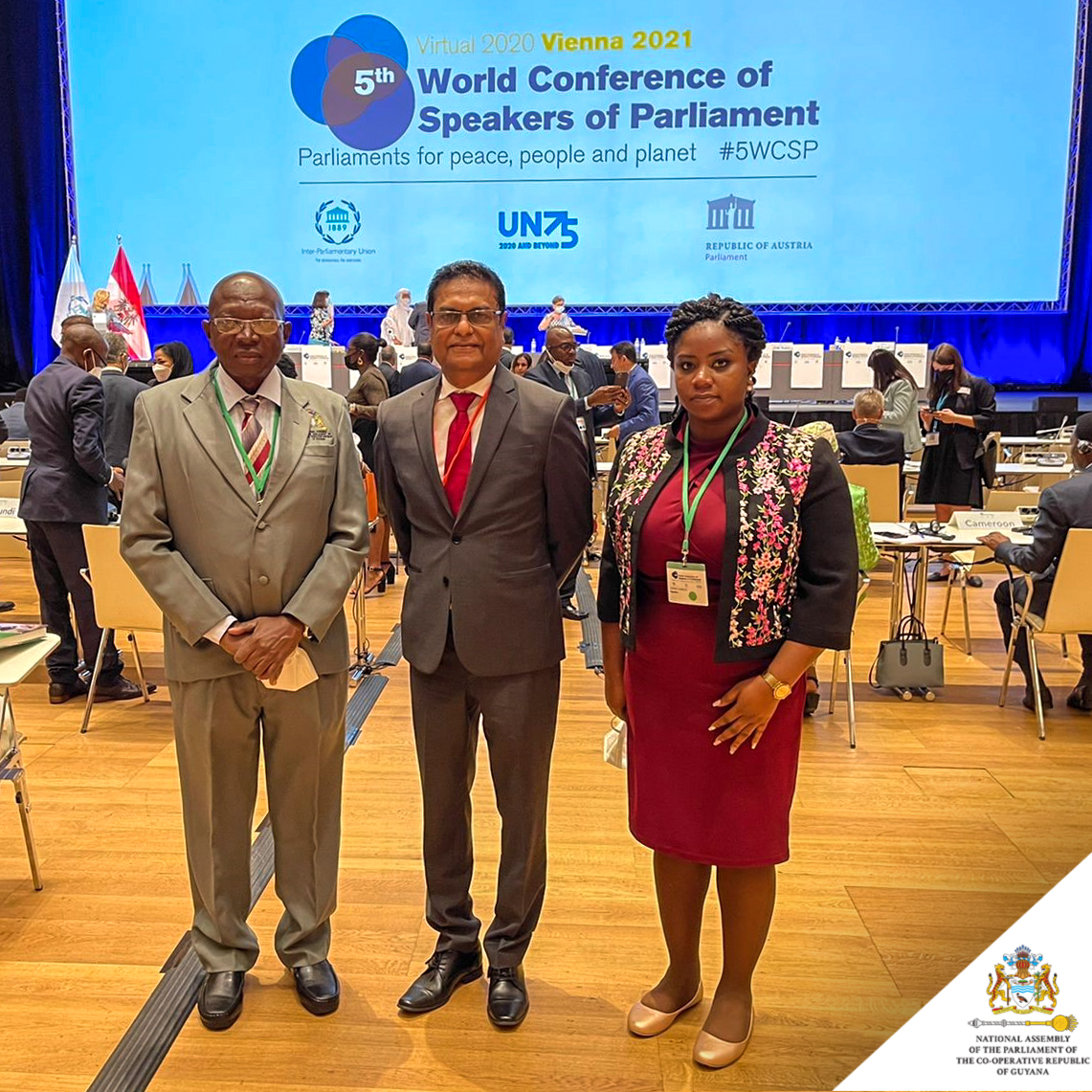 Hon. Manzoor Nadir, MP, Speaker of the National Assembly, is participating in the Fifth World Conference of Speakers of Parliament (5WCSP) in Vienna, Austria, from 7th – 8th September, 2021, under the theme, Parliamentary leadership for more effective multilateralism that delivers peace and sustainable development for the people and the planet. The Conference is hosted every five years by the Inter-Parliamentary Union (IPU).

The Hon. Speaker played a critical role in the planning of the 5WCSP as he was selected by the Group of Latin American and the Caribbean (GRULAC) countries of the IPU to be one of its two representatives on the Preparatory Committee for the Conference.

The Conference will see debates on five motions and five panel discussions. Hon. Speaker Nadir is slated to make his contribution to the debate on the Motion, “The global response to the COVID-19 pandemic challenges multilateralism’s ability to deliver for the people” , today, 7th September, 2021.

There will also be five panel discussions. The Hon. Speaker will make his intervention during the discussion on the third panel topic, The post-pandemic recovery: Transforming the economy to combat climate change and promote sustainable development.

The Conference will conclude with a Declaration on the theme.